The Dead Rabbit Launches its 4th Ever Cocktail Menu

Sean Muldoon and Jack McGarry, the masterminds behind The Dead Rabbit, have unveiled their 4th ever menu — Resurrection. The graphic novel slash cocktail menu was showcased during the renowned bar’s recent 3rd anniversary party.

Why does it matter, and just how renowned is The Dead Rabbit? The establishment was honored as the “World’s Best Bar” during the 2015 Spirited Awards at Tales of the Cocktail. So yes, they’re kind of a big deal. Take your first look at the new menu and some of its highlights here.

A Graphic Novel as a Cocktail Menu?

The Dead Rabbit has been recognized for their inventive cocktails from the start, and in addition to “World’s Best Bar” honors, they nabbed “World’s Best Cocktail Menu” last year as well. So you have to go big to follow up that kind of success, which is where the new menu comes into play.

The bar gets its name from a 19th century New York gang, and while the team has remained true to the Irish saloon’s old New York history, the new menu shows that there’s always a fresh edge to the place. In this cocktail menu turned epic graphic novel adventure, follow Dead Rabbit leader John Morrissey’s story as he is revived as Rabbit, and thrown into 1970s New York mayhem. Advisory note: explicit content inside.

Joining Rabbit in his adventures, and his thirst for honor and vengeance, are a who’s who of the modern cocktail scene, including the likes of David Wondrich and a cast of other characters.

While the previous three cocktail menus from the Dead Rabbit were actual books, with an extensive list which focused on the history of each drink, this rendition is clearly more visual. It’s easier to navigate, it’s a much focused list, and readers will get a better sense of what’s going into each crafty concoction, beyond its storied history.

At the 3rd anniversary bash, The Dead Rabbit crew showcased 10 of the bar’s new cocktails. My evening began with the Hair Trigger, or the Dead Rabbit’s version of an Old Fashioned. Find unusual riffs of honey, and a lingering, spicy chipotle flavor to finish things off. This one’s for those who enjoy a drink with a bite, and it’ll definitely keep you drinking.

Another libation worth exploring is the Armed Robber cocktail, with Bulleit Rye whiskey and a hefty dose of sweeter, fruity flavors. If the Hair Trigger was serious business, this one’s a nice breeze. Light, fruitful, and sweet. The Solider Boy falls into a similar family, and is a solid choice for those who are fans of fruity punches.

Bounce around in another direction with the Lady Killer cocktail, a great name for a great drink. It showcases a blend of Japanese whiskey, Irish whiskey and champagne, offering an unusual, provocative taste and experience. Its lightness balances well with a hint of savory and sesame notes.

If you can choose only one though, and what a shame that would be, my suggestion is to get your own dose of Humble Pie, with rye whiskey, cognac and absinthe, playing on the classic Sazerac.

From gin to whiskey, sweet to savory, spicy to bubbly, riffs on classics and entirely new concoctions, the new menu has it all. And remember, at the Dead Rabbit, drink the drinks that are not for the weak.

The Dead Rabbit’s cocktail menu will continue changing every six months while featuring 30 cocktails. “Resurrection” is out now, so don’t miss out on your chance to catch up with Mr. Morrissey and his wild ride. Visit DeadRabbitNYC.com for more information on the menu and their hours. 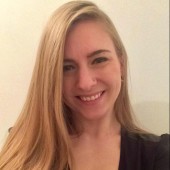 Samantha currently lives and works in Manhattan. Her day job is working in marketing for a publishing company, but at night she enjoys exploring all the food and drink that New York has to offer.

Enjoyed an educational introduction to the Penfold

Back to regularly scheduled programming. It's a ch

A fond and gratuitous goodbye.

At Soneva Jani, everything you do is with a view.

What's on for dinner? Let's see what bites. The si